Coming Up: Jon Paul bids farewell to a dramatic friend who saw him through tough times. 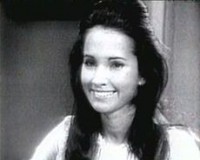 Goodbye to the goddess of daytime television.  All My Children’s Erica Kane, as played by the indomitable Susan Lucci for over 40 years, will be no more when the show goes off the air this September.  If Mary Tyler Moore taught me powerful lessons in humility and heart, Erica Kane instilled in me glamour and gumption.  Erica, we’ve come a long way baby.

My sisters first enabled my addiction to the trials and tribulations of the citizens of Pine Valley.  They plopped me down in front of the television when I was about six, I think, and I was hooked from the moment the opening credits ran as the pages of All My Children’s family album turned—pictures of Phoebe, the Martin’s, Palmer Cortlandt.  What must have enchanted me was the drama swirling just below the surface of what seemed like very normal lives.  Such an adept description of my own family situation—the seemingly tight knit clan lead by a powerful father.  Scratch the surface and the wounds of intrigue and hurt bled—both onscreen and off. 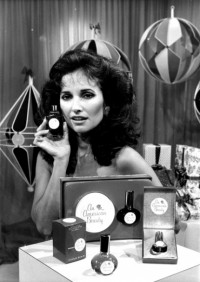 How easy it was to leave my own drama behind and get wrapped up in the doomed love affairs of Jenny and Greg and Angie and Jessie.  Erica’s ambition lead her to a modeling career in New York City—with an iconic photo shoot at Lincoln Center.  My heart—and feet—still skips a beat every time I attend a show at the cultural institution, knowing that I’m following in Erica’s stilettos.  And I’m pretty sure my dream of becoming a journalist and working in the magazine industry is rooted in Brooke’s career with Tempo.  But it was the introduction of Opal, the sassy Southerner with a heart of gold and a wise crack to match, who helped convince me that a kid from Texas could conquer the Big Apple.  That crass Opal and sophisticated Erica became friends only solidified my love for the show. 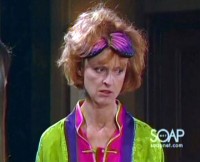 By the time I was 13, All My Children and its sister shows One Life to Live and General Hospital became a full-fledged escape hatch of survival.  After my parents divorce, they both quickly remarried and I found myself living in a new house and new neighborhood with a scary new stepfather.  He insisted I wasn’t butch enough, should join the football team rather than the drama club, and demanded I mow the neighbors’ yards all summer “like a man.”  Depressed, I holed up in my room, slept until noon, grabbed some ice tea and a bowl of cereal and bag of chips, and settled in for three hours of quality time with “my stories.”  Of course this only made my stepfather angrier, telling me only “sissies watch that crap.”  I owned that label.  Luke and Laura were getting married after all.  No sissy was going to miss that.

Three hours of back-to-back daytime drama was an escape, but oddly, it also presented me with fictional role models who were surviving much worse than anything I could imagine.  After all, I didn’t go jet skiing like Jenny—no chance of dying tragically. 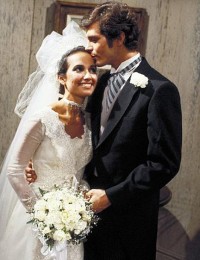 By the time I got to the University of Texas at Austin, I worked hard to organize class schedules around All My Children.  My sister Pam had done the same thing, so I was just following in her footsteps.  And I wasn’t alone.  Dozens of kids gathered with their lunch in the Student Union to watch Erica tortured by her half-sister Kendall played by Sarah Michelle Geller.

Sometime after college, I stopped leaning on the All My Children crutch.  I was facing up to enough drama in my own life to keep my head spinning.  But once I moved to New York, miles away from the trauma of my childhood, I would occasionally steal an hour of my day and check in with Erica and friends.  My pulse would quicken and I’d get a little sweaty—satiated by the feeling of being sucked back into a circus of intrigue.  And then I’d force myself to stop.  Is there a recovery group for Pine Valley addicts? 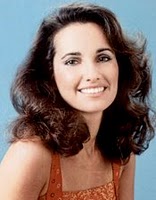 Although I don’t tune into Erica’s escapades regularly—one of the reasons the show will be no more, no doubt—just knowing she was gallivanting about Pine Valley was enough to give me belief that all is right in the fictional world.  Oh, Erica, thank you for enriching my life.  May you rest in peace.