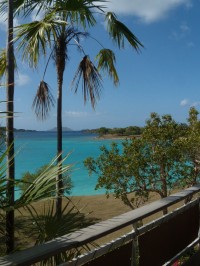 For 36 years, I’ve been scheming about returning to St. John in the U.S. Virgin Islands—mostly because my first trip there with my family turned into a disaster.  Our cabins didn’t have power after sundown, so my family of bookworms read by flashlight and screamed while showering in “cool” water.  My sisters and I desperately tried to crack open fresh coconuts with found seashells and rocks, while our parents argued about Mom’s insistence that we return home—she was sick and miserable.  The only upside to parting from the crystal blue waters was that the only flight available from nearby San Juan was Braniff’s first class cabin where we sat at a booth and table—like we were at a restaurant!

When I was a teenager, my father returned a few times to the island not with me, but with my stepmother Chris, and I was always jealous of their journey.  Mostly because I remember Dad telling me that it was much more luxurious than when we first visited.  So when Caneel Bay, a Rosewood resort, invited me down to check out the latest offerings from the granddaddy of eco-resorts, I jumped at the chance for a swim down memory lane.  Turns out, things weren’t at all as I remembered. 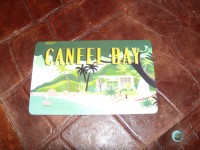 First, a little history.  In the mid-1950s, “eco-philanthropist” Laurance Rockefeller (yes, of that family) became enamored with the beauty of St. John’s and not only began development of a new kind of resort that respected the surroundings, but he also began buying up the island.  Not for him, mind you.  But as a gift to the government, that established a national park that now covers—and protects—70% of the island.  The result is a spot of Caribbean perfection protected from wild overdevelopment.

Part of the charm of this semi-remote getaway is the challenge of getting there.  Like its sister property Rosewood Little Dix Bay on Virgin Gorda, guests take a private ferry crossing.  The short 30-minute ride was made that much easier by a welcome rum punch, and the sun-kissed breeze that relaxed my tensed shoulders almost instantly.  Room not quite ready on arrival?  No problem, another rum punch at the Terrace Bar with a view of the incredibly clear blue waters was all that I needed for survival. 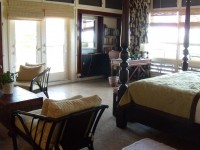 Honestly, the grounds were much fancier than I remembered.  No screened in cabins here.  The cottages, just steps from one of the many beaches on the property, were low key but definitely wired for electricity, hot water and Wi-Fi (though no televisions—a decision I adore).  With dark wood ceilings and packed bookcases, my own room felt expansive, almost like a caretakers estate.  In fact, the room was once part of Rockefeller’s house—made sense considering the wrap-around views of the sparkling waters. 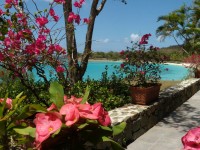 But something didn’t sit right with me.  The property with fancy cottages, tennis courts and multiple restaurants—one cleverly outfitted in the ruins of an old sugar mill—couldn’t possibly be the same spot I remembered with cold water and lights off after sundown.  Was there a power outage when we arrived three decades ago?  Had the property not just been renovated, but gutted and rebuilt, cleverly retaining a worn feel to it?  A quick message to my sister Paige telling her I was baking on the beach locale of our infamous vacation meltdown solved the riddle.  With a memory like an elephant, Paige informed me we had been at Cinnamon Bay, not Caneel Bay.  My resort map showed Cinnamon Bay just over the next hill—a campground facility with screened in cabins and shared cold water showers managed by the lovely folks at Caneel.  But what of my memories of Dad returning years later?  That part, I definitely got right, according to my stepmother Chris who wrote me in response to a picture I sent her of the place to see if it jogged any memories, 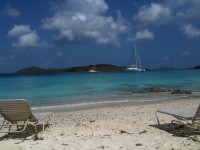 “That’s about what we were looking at from our cabin door.  I’m just remembering: a guy would appear just after sunrise each morning, and set up an entire breakfast on the “veranda” of our cabin — hot coffee, fresh fruit, flowers, etc.; then he would knock softly on the cabin door and drive away. Talk about decadent! Out we would go, to a beautiful breakfast which had appeared like magic on our completely secluded beach. I’m sure Jerry paid out the nose for that little extra service, but it was fantastic! I’m glad you’re getting to see that slice of heaven in a little different light from your previous memory of it! :>) Setting aside that your dad was a serious over-spender, he did like “the finer things” and he went for it!” 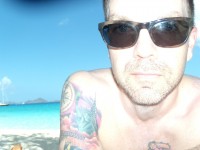 Clearly, I had conflated the two memories.  The original family breakdown joined by jealousy to the later Caneel Bay indulgence.  The mind plays funny tricks.  After my own breakfast “wake-up” knock, I walked the grounds, passing secluded cabins, and couples reading on the beach.  I could feel the spirit of my father alive and well at Caneel Bay.  He may not have brought me to this exact spot, nor did we honestly get a long that well in life, but somehow he instilled in me his love of “the finer things.”  I was at peach with that feeling.  Hopefully it won’t take me 30 more years to return to Caneel Bay.

For more on how Caneel Bay is keeping up its eco-credentials, check out this related Green Globe Trekker post.