They had me at the pink couch. Cliché for a gay boy, but true. Buenos Aires’ new Alvear Art Hotel, opened in May 2013, is elegantly decorated in a comfortably sophisticated style—think Eva Peron by way of Park Avenue. And oh, that couch in the lobby. As I’ve gotten older, I’ve come to judge hotels not on the hip-urban-cool-hot-list-hipness-factor and more on the “would I want to live here” quotient.  In the case of the Alvear Art Hotel, sister property to the city’s storied Alvear Palace, the answer is a definite “yes.”

On a recent trip to speak about social media marketing at GNetwork360, South American’s largest LGBT travel conference, I had a chance to see some of the new developments in the city’s hotel industry since I last visited eight years ago (next week a first look at the Four Seasons impressive and imaginative renovations).  After a two night complimentary stay, here are my 5 Reasons Why I’d be the Alvear Art Hotel’s Gay Eloise.

#1 That Pink Couch. Referenced above. Need I say more? If I thought for a second Delta would let me slip that into my checked baggage, I would have done it. But I was worried it’d miss my connection in Atlanta. 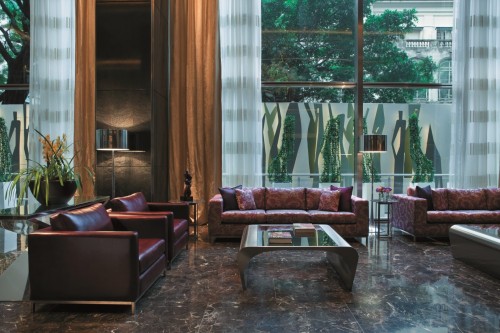 #2 Head fit for a queen. Ok, headBOARD, but I couldn’t resist. And I got your attention. The silk fabrics used in the rooms—from the draperies to the lovely spot just behind the pillow—gives everything an elegant, warm glow. Besides, who doesn’t love a purple throw? 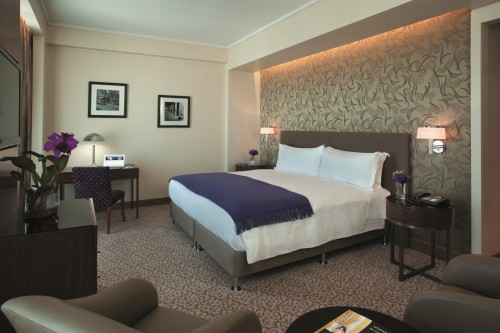 #3 Gym with a View. Tired of the tiny “workout” rooms that just seem like a hotel’s re-purposed laundry closet? Amen, sister. The Alvear Art Hotel’s rooftop spread features some of the best views of the city, and a sexy pool to boot. 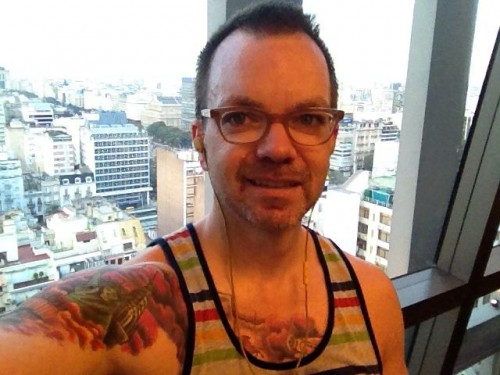 #4 Night at the Museum. No need to schlepp to a museum when work from some of Argentina’s most renowned artists—Berni, Forte, Tiglio—are on display from the proprietor’s private collection. Bonus: the rooms feature black & white photographs of Buenos Aires by Facundo de Zuviría. 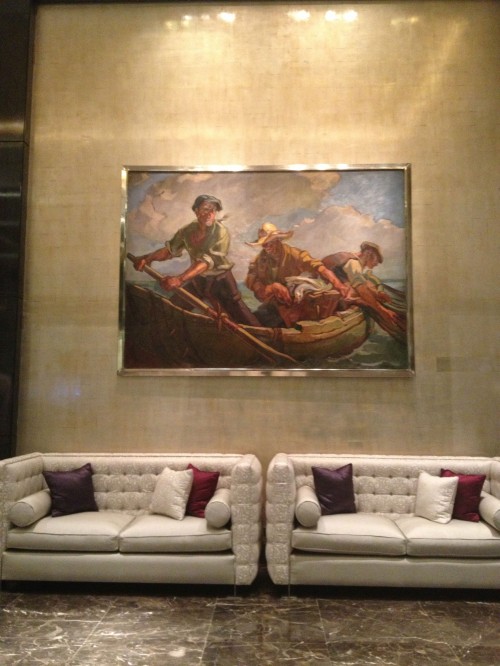 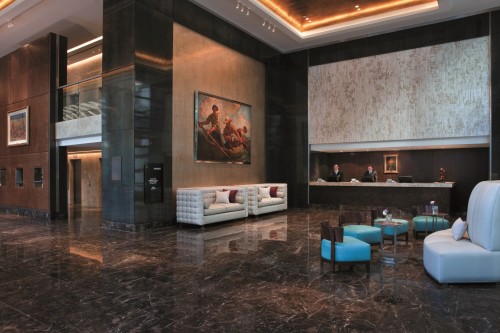 #5 Location, location, location. Once this gay Eloise took a turn around the neighborhood, it was just a hop, skip and a jump to some of the city’s hottest spots. Let the always helpful (and cute) staff point the way to the speakeasy Floreria Atlantico just a few blocks away that looks like a wine & floral shop that’s hiding an underground restaurant through what looks like a walk-in refrigerator door. 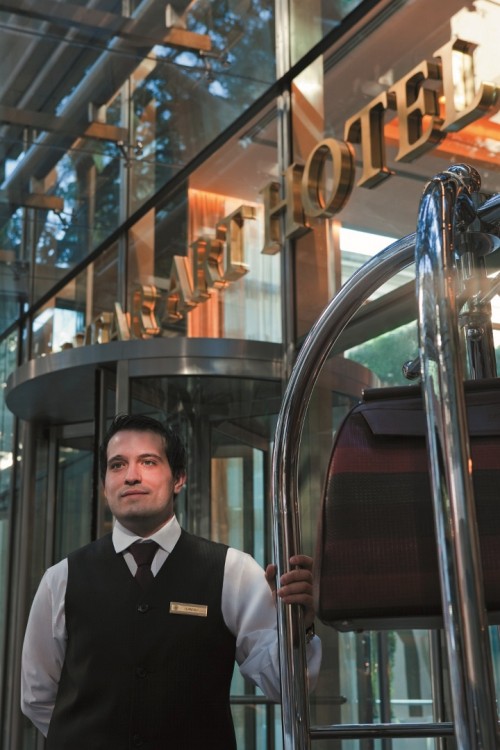 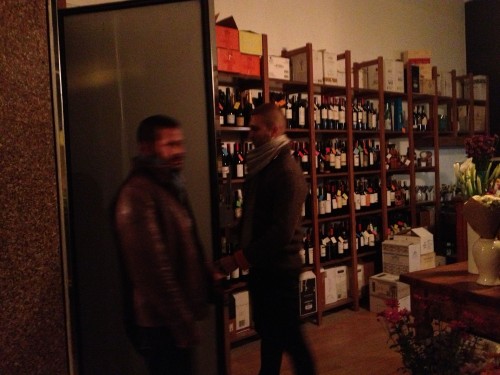