Coming Up: On a visit to the Morgan Library & Museum, Jon Paul discovers the consequences when a private writer’s journal becomes an open book. 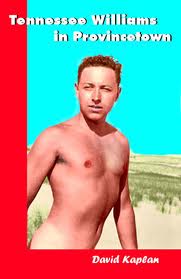 Sitting next to the laptop on which I compose my online journal/blog entries open for public viewing, sit a stack of hand written journals in which I have recorded events and observations meant for my eyes only.  But will they always remain so?  The Morgan Library and Museum’s expertly crafted exhibition The Diary: Three Decades of Private Lives did a fantastic job of challenging some of my basic assumptions about journal keeping.  For many of us living semi-public lives—and who isn’t in this age of reality television and twitter over share—the idea that our journals may always be private is a quaint notion. 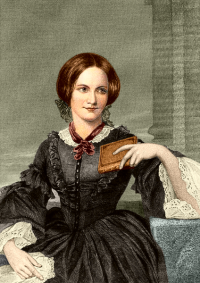 But that probably wasn’t the case for Charlotte Bronte whose diary features the tiniest handwriting communicating her utter misery at teaching school children.  It’s hard to imagine anyone writing that small believing that one day her scribbles would be studied for impending greatness.  Equally miserable is Tennessee Williams whose diary details depressive days filled with longings for alcohol and sex.  “A black day to begin a blue journal,” he writes, followed later by, “Nothing to say except I’m still hanging on.”  Williams would be a great Twitter composer today.

The exhibit is filled with gems, including musings from Henry David-Thoreau and a jointly composed diary from Nathaniel Hawthorne and his wife Sophia.  I got goose bumps reading this line about an idea for a story from Hawthorne’s journal, “The life of a woman, who, by the old colony law, was condemned always to wear the letter A, sewed on her garment, in token of her having committed adultery.”  That idea developed into The Scarlet Letter one of the most important American novels.

Occasionally, I wanted to break through the glass and turn the pages myself—especially Albert Einstein’s travel journal to Japan.  Oddly, the exhibit tells us about Einstein’s travel prose but only shows us mathematical formulas that he also wrote in his journal.  I would have loved to see Albert’s review of the famous tuna auction. 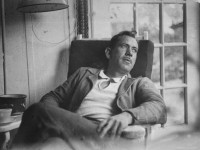 But the diary that really stood out to me was John Steinbeck’s journal while writing Grapes of Wrath.  He used the journal in a very strict and practical way to keep him motivated by tracking the number of pages he was writing every day.  What I love is his honesty about the complicated relationship a writer has with his journal, “I have tried to keep diaries before, but it didn’t work out because of the necessity to be honest.”

In my own case, I suppose if I really admit it, I record ideas and actions in my private journals for an unseen audience, who might gasp at the delicious tales I feel too delicate to share online.  The details about my sex-capades in Europe in my late ‘20s still make me blush.  Looking back at the very first journal I have in my collection—kept during a car trip across the Deep South when I was 10—it’s easy to see my flare for the dramatic with a heavy use of exclamation points!!!!!!! and underlining.  I was clearly annotating for some future reader—a skill that would become quite useful as online diarist, or blogger.

Next on Tex and the City:
a chocolate tip for your vegan valentine