From Savvy to Snarky

Excuse the interruption in regularly scheduled programming—the previously teased Biz Savvy Blogger episode about my blog redesign will run next week.  Instead, I wanted to share some thoughts on last week’s New York Social Media Week event.  Blogging/writing can be such a solitary pursuit—sure there’s an online community—but at the end of the day, most of us sit alone in front of a screen creating content and commenting.  So I thought it was a Biz Savvy idea to get out and network in real time with fellow social media enthusiasts.  What I ended up getting was a lesson in how the restaurant industry is behind the social media times.

The panel “Effectively Managing Online Community” came around at just the right time for me.  Hosted by #CMmeetup, a group of 400 members in charge of managing brands’ community interaction on things like Facebook and Twitter, the event sounded like an opportunity for me to learn and network with a people doing work similar to what I just started doing part-time for a major wine brand.  After getting over the shock was almost old enough to be everyone’s parent in the room, I realized that while people may snicker at the title “Community Manager” the job is highly in demand.  Social media isn’t going away, and companies that are using Twitter and FourSquare and other tools are in need of savvy individuals to help use them effectively.  Chris Brogan, a consultant to top companies on the future of business communication, was quoted in the event description and I like his take:

“The best community managers are like a good party host mixed with a fine restaurant host. I make a distinction because a party is more personal and a restaurant requires their host to think with a business mind. Community managers need both skill sets in equal space.” 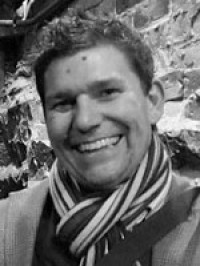 That night, the panelist that best represented this idea was Brian Simpson, Director of Digital Media at Vikram Chatwal Hotels.  With years of experience in the food & beverage side of the hospitality industry, Brian is now an evangelist for hotels using the power of social media to not only address customer issues, but to surprise them as well.  Besides using FourSquare to follow-up on the experience of guests who have “checked-in” to one of his hotel bars, he explained the power of social media engagement with customers.  The example he shared was about how a woman complained vociferously on a Facebook page he moderated for a previous hotel company.  She was upset the hotel had screwed up her plans for a New Year’s Eve event.  While some might have rolled their eyes and run the other way, Brian took it as an opportunity to reach out to her offline and resolve the problem.  When he asked her if they didn’t have the Facebook page would she have called the hotel directly, she said “no” she would have just told all her friends never to do business with the hotel again.  Instead, she was turned into a fan.  A Four Seasons Hotel General Manager taught me long ago that in hospitality it’s all about the “service recovery.”  Social media is just one more way for a brand to hear what’s gone wrong for a customer—and then fix it.

Too bad this powerful learning from the hotel industry wasn’t readily available for the participants in another panel “The New Food Reviewers: Is Social Media Making Us Savvy or Snarky?” What started off well and capably moderated by Food Network Magazine editor in chief Maile Carpenter, ended up devolving into a lot of the usual complaining about people posting overly nasty experiences on Yelp, bloggers reviewing restaurants before they’re “ready” and not following the “rules” of visiting a place three times, people taking too many picture of their food and not being “part of the experience.”

Here’s what I have to say to all that (other than “excuse me for losing my rule book): welcome to the world of social media folks, it’s not going away.  You can complain about it all you want, but ultimately you’re going to have to adapt to the new reality.  Companies across the world are developing strategies for coping—and restaurants should be no different really.  These kinds of complaints are the same ones I hear from Broadway producers about bloggers reviewing shows before they’re open.  Good or bad, ultimately, you’re going to have to cope with the democratization of food writing.  Why not take a cue from Brian Simpson and engage in some kind of dialogue with those Yelp complainers?

Several panelists expressed frustration with diner-bloggers taking pictures of their food—that interrupted the experience and setting that the chef is trying to create.  In this issue, there was more dispute—Vogue‘s famed food critic Jeffrey Steingarten said he simply had to take pictures for fear of forgetting what are sometimes 30-course meals.  The Big Gay Ice Cream Truck duo argued that it was no different than taking pictures of buildings when on vacation, and that they often booked into a restaurant based upon a picture some one posted of their experience.  Here again, I couldn’t help wondering shouldn’t restaurants be capitalizing on this technology in some way?  No less than the Metropolitan Museum of Art is expanding digitally to engage art enthusiasts as covered recently by the New York Times.  What if chefs recorded special commentary about the dish sitting in front of the diner activated when they took a picture or uploaded?  Probably not the most workable idea, but you can see where I’m going with this—there’s an opportunity here to engage and enhance the customer service experience, rather than complain about them.

When someone in the audience asked for advice for an aspiring food critic, panelist Alex Guarnaschelli, executive chef at Butter restaurant and host of Food Network’s Alex’s Day Off, jumped in, “Work in a restaurant.  In any capacity.” Really?  That’s just reducing criticism to a tight insider circle.  Sure, I get that it would give the reviewer sympathy for the industry, but that’s not a requirement we place on some of our best critics in other disciplines.  At the New York Times A.O. Scott isn’t a filmmaker and Ben Brantley isn’t an actor, but both of them offer some of the best analysis in their disciplines.  To me, an interesting and worthwhile critic has knowledge, understanding of scope, and a point-of-view, not necessarily hands-on experience in the topic.

As the panel wrapped up, I was mostly struck that there wasn’t a single true blogger or online food journalist on the panel.  We were being talked “at” and not allowed to enter the conversation.  As I reflected back to the title of the panel—”The New Food Reviewers: Is Social Media Making Us Savvy or Snarky?” I realized it shouldn’t be so much about the food reviewers/bloggers, but the industry itself.  The “New Food Reviewer” has used technology to irrevocably alter the restaurant experience.  It’s now up to the restaurants themselves to either adapt and be innovative and savvy, or sit back, complain and be snarky.

If you ask me, restaurants are going to need a whole lot of good Community Managers to help them sort all this out.