Coming Up: Thanks to a ping from "Hamlet's Blackberry," JP rethinks hyper-connectivity in the age of Facebook

It may seem counterintuitive for a social media column on a blog to endorse a book about limiting online connections, but stick with me.  William Powers’ “Hamlet’s Blackberry”—now out in paperback (yes, you need to read a print copy)—may just change your life.  In a good way.

The imminently readable book came along at a time when I have been contemplating the affect of all this Facebook imposed seeming connectedness.  As I have built up hundreds of “friends,” I’m inundated, fascinated, and often times addicted, to reading short status updates.  At first, it felt like I was actually connected and part of a wider community.  But recently I have started to feel like we’re not really connecting at all in that digital space.  We’re not actually having conversations, for the most part, but sharing one-way bits of whatever is in our mind.

And what happened to actually gathering with friends?  Those times spent at bars or over meals or in our backyard interacting in person, bemoaning life, love, loss.  Personally, I have seen a dramatic decline in time actually spent with friends.  And when we do, the quality seems to have dropped.  For example, someone asks, “What have you been up to?”  And I answer, “I just got back from a trip to Majorca.”  The response is often, “Oh yeah, I saw that on Facebook.  It looked beautiful.”  And then we both move on—a tacit acknowledgment that I’ve already shared a bit/byte of it, so it’d be pointless to really delve into what I thought and what I felt about the place. 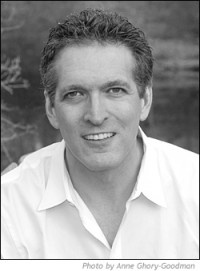 It’s as if with the rise of Facebook, we are content to cut back on human interaction believing we are getting “updates” on everyone’s life, all the time.  Not just our close circle of friends, but a wide circle.  And we check those updates all the time, lest we really “miss” out on something.  As Powers argues in the book,

“The rushed, careless quality of screen communication is of a piece with the discounting of physical togetherness.  When everyone is endlessly available, all forms of human contact begin to seem less special and significant.”

But are Facebook, iPhones, iPads, or “screens” as Powers refers to a broad category of technology really to blame for the stress and increasing sense of isolation that comes with our hyper-connected world?  First, Powers attacks the underlying assumption in our current worldview that all this connectedness is automatically a good thing.  We are bombarded with pop-culture messages that tell us having all these ways to connect—Facebook, Twitter, email, text—are inherently good.  And that we need more of it.

Then, cleverly, Power draws from philosophers at other major technological crossroads in history to demonstrate that these feelings of fear and worry and isolation are nothing new.  There’s Socrates and Plato at the dawn of written language.  Guttenberg, Shakespeare, Ben Franklin, even Thoreau experimenting with Walden Pond in an escape from the telegraph that was beaming news into people’s living rooms, keeping businesspeople constantly connected.  Sound familiar?

Powers not only makes the connection to previous historical periods, but he draws on how those philosophers, writers and inventors coped with technology to point the way for how we might cope.  Plato sought physical distance from the crowd, and we might need the same—a mind clearing walk leaving behind that iPhone anyone?

In the rising age of print, Shakespeare used old handwriting tools and tablets, just like we might find occasional solace by writing or taking notes in old school journals—this “trick” I do everyday.  Thoreau created zones of inner peace and sanctity that blocked the connectedness of the outside world, something we might consider in our own homes to focus on our loved ones and not be distracted by constant interruptions from our buzzing, ringing and singing iPhone alerts.

If it sounds hard to read, it’s not.  The book is light, and very often, funny, especially when Powers uses his own life as an example.  The result is a book that’s not preachy, but supportive.  Not advocating for a rejection of screens, but an understanding of how to harness them in a way to make our lives more fulfilling.

After reading Powers book, I’m resolved to implement some changes in my use—and reliance—on digital “screens” in order to improve the quality of connection I’m making with others—and with myself.  Here, Powers interpretation of Plato I found especially provocative:

“Plato establishes a basic principle on which to build a new way of thinking about digital connectedness: In a busy world, the path to depth and fulfillment begins with distance.  The technological landscape is a great deal more complicated today, and over the centuries distance has taken on different meanings.  But the basic dynamic hasn’t changed: to steer your chariot toward a good life, it’s essential to open some gaps between yourself and all the other chariots crashing around this busy world.”

If you’re interested in steering your own chariot more effectively, I suggest you pick up a copy of “Hamlet’s Blackberry.”  But read it in print, not on a screen.  Just one small way of creating distance in this hyper-connected world.

This entry was posted in Savvy Socializer. Bookmark the permalink.