#8 Because Aussies are nothing if not brutally honest about the threat of wild animals even in a spiritual sanctuary like Uluru. 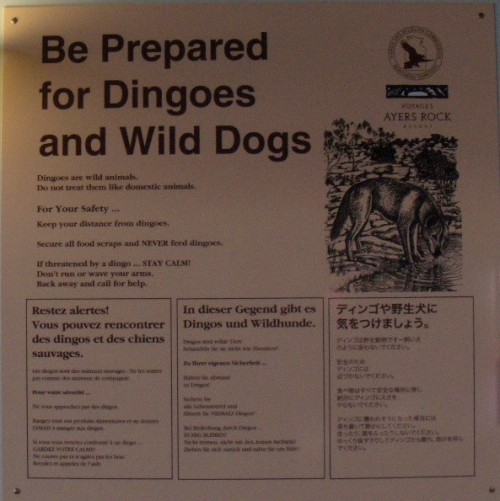 After an almost two week lead up, arriving at Uluru (Ayers Rock) in Australia’s Red Centre I expected to be greeted with a sense of calm, wonderment, awe.  Instead, a sign near baggage claim nearly had me in hysterics.  Was a sign necessary?  Hadn’t everyone seen Meryl Streep in A Cry in the Dark? Thankfully, I wasn’t traveling with a baby—or Juan Pablo, who probably wouldn’t have been able to get over the threat.  Although he’d be happy to know how to avoid French, German and Japanese speaking dingoes.

Although, at that point in the trip, I shouldn’t have been surprised.  Practically everywhere I turned Down Under there was a sign announcing dangerous encounters with wildlife.  So far, I’d avoided the deadly jellyfish in Darwin and the marauding parrots on Hamilton Island.  Now I was just hoping I didn’t encounter any rampaging koalas around Uluru. 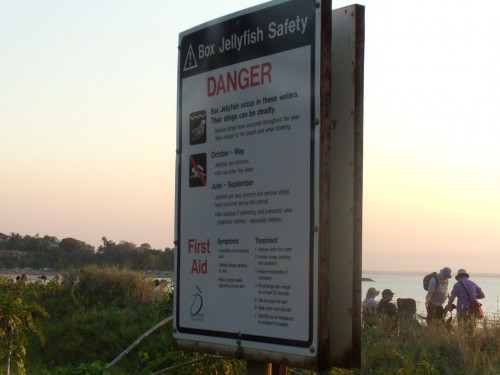