What a bundle of nerves I turned out to be at Saturday night’s performance of La Cage Aux Folles.  The show is an all-time favorite, so I was on edge as one of my idols Harvey Fierstein—who won his third Tony in 1983 for writing the book of La Cage—took on the coveted role of Albin.  Would Harvey’s famous gravely voice fill the Tony-winning pumps of Douglas Hodges?  Could Broadway veteran Christopher Sieber cook up chemistry with Harvey considering he stepped in last minute when Jeffrey Tambor excused himself for a medical condition?  It probably wasn’t a good idea to book myself a front row balcony ticket given that I was perched literally on the edge of my seat.

But the minute Harvey belted out the first words of “A Little More Mascara,” gluing on eyelashes and laying on genius comic timing, I relaxed knowing I was in caring hands with an artist like Harvey.  It’s sometimes easy to forget that he made a name for himself—and earned two Tony’s in 1982—as a deeply moving and dramatic actor in Torch Song Trilogy.  And at times, I felt like he was sometimes infusing Torch’s lovable and complicated drag queen Arnold into his Albin.  While Harvey’s Albin might not be the most accomplished singer, it is an Albin filled with emotion, pathos and believability.  Needless to say, he had me in tears at “I Am What I Am.” 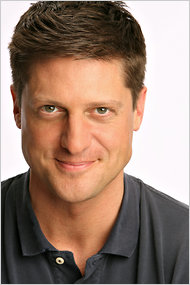 Typically in La Cage productions, the weaker singer is cast as Albin’s partner, the nightclub emcee Georges.  While Harvey definitely makes the most of his voice—the man can carry a tune and harmonize, no doubt—what a delight to have Christopher Sieber’s strong vocalization.  For once, I wasn’t wincing or hoping to get through some of the true musical gems like “Song on the Sand.”  Add in Christopher’s comic timing in a song like “Masculinity,” and you’ve got a real winner.  Eventually, I began to sense real caring and affection between Harvey/Christopher & Albin/Georges, which can make all the difference in this show.  Not to take anything away from their acting, but perhaps it’s the comfort that comes with two gay actors getting to play two gay characters that makes the difference here—something we don’t see all that often.

With these two leads, I liked this overall production even better the second time around.  There was just something about Kelsey Grammar, as good as he was, that just seemed out of place and off in this cleverly downsized staging.  Harvey and Christopher are much more believable as stars of a slightly down-on-its-heels, 1970s era St. Tropez nightclub—and I mean that in the best possible of ways.

Bless you Harvey for continuing to shine your quirky, fun, original light on Broadway.  You’ve paved the way for so many of us.  It’s wonderful to experience you, once again, having so much fun on stage.