#9 Because touring an unassuming yet sprawling gallery in Alice Springs you’ll happen upon the work of an Aborigine artist that’s been compared to Pollack, deKooning and Rothko. 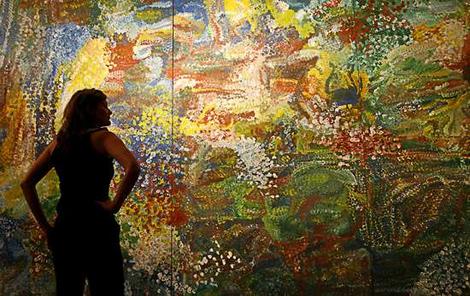 Other than boasting about a range of deadly creatures that will kill you in a heartbeat, Aussies are an unassuming lot.  So I shouldn’t have been surprised that hiding on the second floor of Alice Spring’s Mbantua Fine Art Gallery was an Aboriginal Cultural Museum housing work from one of the most celebrated artists in the country.  After paying my entry fee of $5 and being let past the dangling chain, I found myself completely alone in a museum dedicated to telling the history of the Aborigine people, as well as showcasing the paintings of Emily Kame Kngwarreye.  If this had been New York, you can imagine the fee—and the line—to witness greatness that has been compared to the likes of Pollack and Rothko. 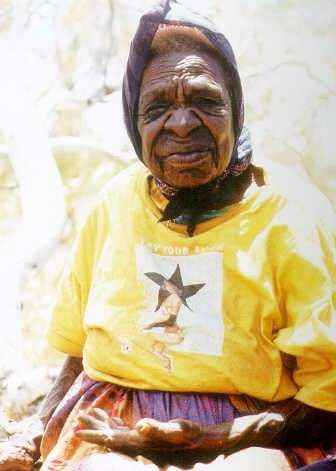 Now granted, I’m no expert.  So the rooms dedicated to literature on the aboriginal culture and a historical section of old artifacts, sculptures and watercolors helped provide context.  What fascinated me about Kngwarreye’s story is that she didn’t take up painting until she was 80 years old.  Even then, she created her own unique style of dot painting that almost immediately received critical attention that resulted in showings as far away as the Hermitage in Russia.  The gallery acquired one of her most important works in 2007 for nearly $1 million.  Not too bad for a late-in-life budding artist.  And that’s the other thing I love about Australians—they’ve got passion for living life to the fullest, to the very end.