#7 Because the idea of standing in the middle of the desert, toasting the majestic view of Uluru with champagne, could only spring from mind of an Aussie. 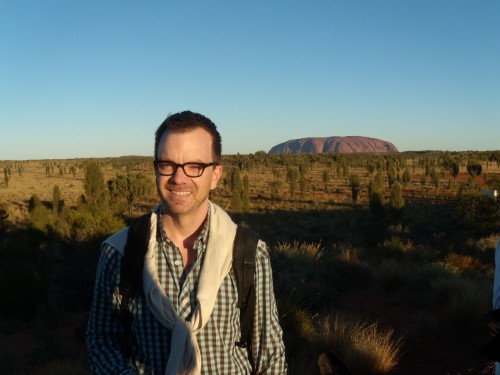 Truthfully, I had no idea what to expect departing the Ayers Rock Resort centralized hotel complex near Uluru onboard a bus marked “Sounds of Silence.” We were deposited in the midst of the desert and encouraged to walk a path over a small hill.  On top, I captured my first true glimpse of the famous monolith rising out of an ocean of land.  Right nearby, a tray of bubbly was on hand to celebrate the moment.  Bless the Aussies.

Soon however, the silence I had been promised was punctured by the sound of a didgeridoo—that Aboriginal instrument made famous during the Sydney Olympics.  Having spent a decent amount of time boning up on my Aboriginal culture, I frowned knowing that the instrument actually hailed from way up North and was not indigenous to this area.  Even worse, what was that white boy doing playing it? 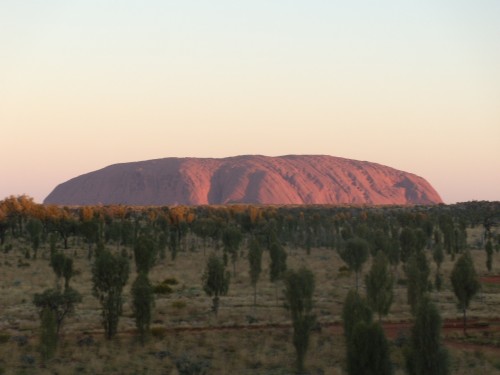 I took my mind off the offending cultural anomaly by focusing on the crazy get-up a tarted up tourist was sporting.  Pumps in the desert?  As I snapped a few photos, the sounds ended and the musician explained his father and grandfather hailed from the northern territory where they taught him to carve this didgeridoo by hand.  Well, that’ll teach me to make snap judgments, especially when it comes to Australia’s focus on making the entire Uluru experience as culturally authentic as possible.  From that moment on, I knew the next few days on these sacred grounds were going to be a real treat. 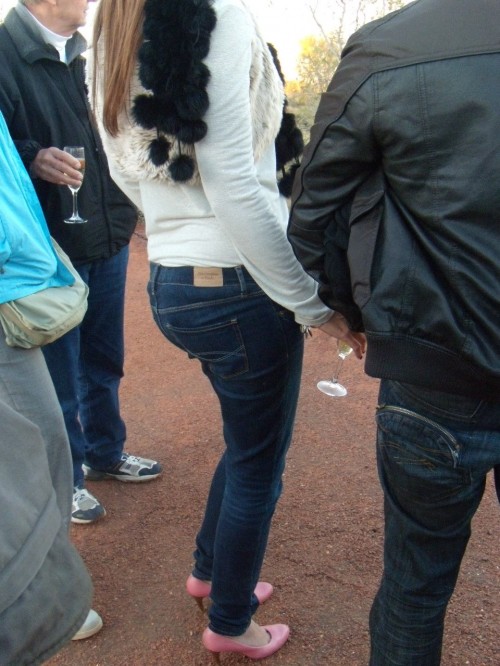