#12 Because I’m a sucker for a cheesy diorama and Alice Springs delivered with tableaus of flying doctors & pioneering women. 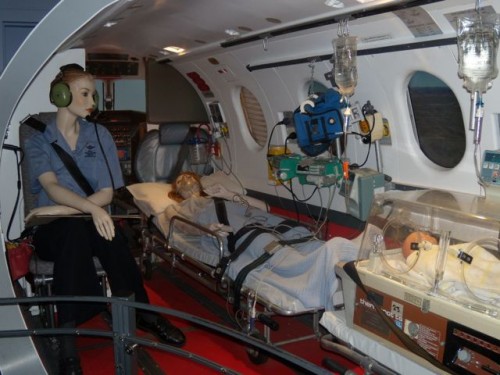 Growing up, I was never a big fan of the Natural History Museum’s displays of stuffed buffalo and dessert rodents.  But stick a creepy, lifeless human form into the display—slightly offensive & stereotypical Native Americans and Eskimos, for example—and I was hooked.  Thankfully, there’s something about the Southern Hemisphere that brings out the best in dioramas, a fact I first uncovered in New Zealand at a museum dedicated to the possum plague. 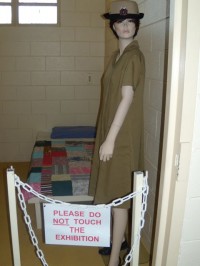 Lucky for me, Alice Springs in Australia’s red center outback offered up two different montages to add to my memorable diorama experiences.  The Royal Flying Doctors visitor’s center features the inside of a plane with a nurse and patient seemingly on death’s doorstep.  And befitting a nation famously founded by convicts (yes, that’s a broad generalization but fun nonetheless), the National Pioneer’s Women Hall of Fame offers insight into the “fashionable” life of women in prison.  Not because the women were hall of fame worthy, mind you, but because the museum is housed in a former jail.

Now, concoct a diorama related to Priscilla Queen of the Desert, and I might never leave Alice Springs.