#17: Because only in Brisbane—Australia’s sports obsessed city—would I consider staying in a YOUTH HOSTEL when every hotel was sold out because of a rugby competition. 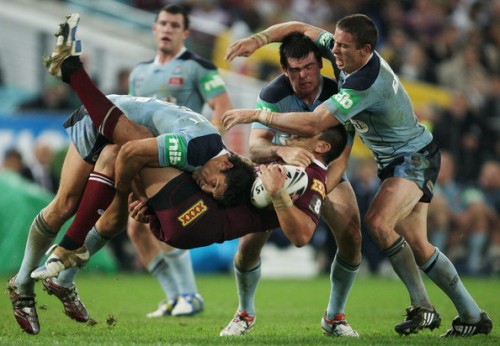 That’s right folks: in one day, I went from the five-star uber-luxe qualia on Hamilton Island to the bunk Backpackers hostel in downtown Brisbane—by choice.  With only a one night layover on my way to the Northern Territory, I decided that to truly experience Australia’s third largest city I’d better shack up at the only spot available downtown rather than in the hinterlands.  I wanted to be closer to the action—rugby action, of course. 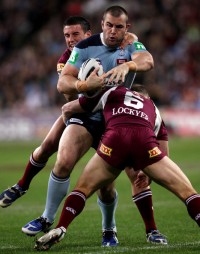 Brisbane is famous for its love of rugby, and the town was inundated with fans for a competition called “State of Origin,” which pits teams from various Australian states against each other.  I love the brand names that Australia comes up with for its hokey sports games.  I figured that at least I’d be in the heart of it all, getting to see the city’s legendary sports culture up close and personal.

Honestly, I felt like the oldest person by a decade stepping into bunk with my cute Samonsite wheelie.  But the dreadlocked guy at the front desk pulled out Four Seasons service when he “upgraded” me to something called a “quad” telling me that my semi-private room had been “vandalized” early in the day.  He had to explain to this newbie that a “quad” meant a room with 2 bunk beds and a private bath all to myself.  He also threw in a towel at no “rental” charge, probably because he felt sorry for me.

Turns out, bunk was just a few blocks away from The Wickham, Brisbane’s most famous gay bar.  The incredibly cute and sporty crowd was glued to the televised rugby match, and a couple of hot young Aussie blokes took this Yankee under their wing and “explained the game.”  After several beers, honestly, I don’t remember much except the players’ hunky legs and crazy tattoos, and that those extra “bunk” beds in my room came in handy.

Let’s just say I’m a big fan of rugby, now.  And proud of myself for being able to travel in such a high-low style.