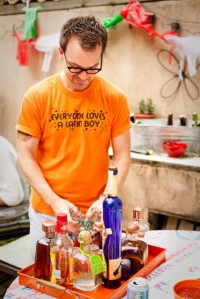 Don’t hate me—I’ve always had great NYC Real Estate karma.  Despite woeful tales of bathtubs in kitchens and rat-infested hovels, I’ve managed to score great homes with that most elusive Manhattan amenity—private outdoor space.  Don’t get me wrong; it hasn’t always been easy.  As related in Alphabet City, I battled real-life Japanese Power Rangers to win a spot in the East Village.  Later, I ran up against real estate villains like the Lazy Lawyer in my efforts to purchase our current Washington Heights abode.  Along the way, I’ve taken to heart the oft-used mantra “With privilege, comes responsibility,” and have endeavored to share the outdoor space with friends.  Downtown, that meant a rocking yearly Fourth of July fireworks watching party in the backyard and on the rooftop.  Uptown, that has meant inaugurating a new signature celebration around Cinco de Mayo.  A couple of years back, when I suggested the South of the Border holiday idea to Chef, a native of Mexico, he balked.

“You know we don’t really celebrate that, right?” he said. 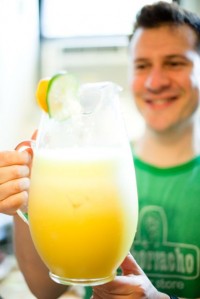 “You don’t honor your independence day?!” I replied incredulously.

“Ay, yay yay.  That’s what I’m talking about.  You gringos get it so confused.  Cinco de Mayo is the date of a minor win over the French at Puebla in 1862.  Our independence day is September 16.”

“Oh, well that’s too bad.  Because beginning of May works better for a party—it’s like the opening our garden for the season.”

“What about a May Day party?” he asked.

“That’s so European.  Cinco de Mayo offers better menu options like your famous guacamole.  Plus, who doesn’t enjoy a margarita?”

And so, out of the pure PR logic that a little understood Mexican battle provided  superior thematic opportunity, Cinco de Mayo became our new signature celebration.  And friends have embraced the idea with creative flare.  This year, Joe who works for Madecasse, an amazing Madagascar chocolate company, provided some of their outrageously wonderful vanilla extract for use in my Lime-Vanilla Flan.  My new writer buddy Rima brought along her mixologist friend Jason who came with a special concoction called Verdita—a shot of Milagro tequila followed by a chaser of fresh juice made from cilantro, mint, jalapeno, and pineapple.  Talk about a crowd pleaser.

Already, people are requesting repeats of some of Chef’s dishes.  Our supremely talented photographer friend Jamie of FromMe-ToYou blog insisted on his Jicama-Nopales Salad.  Because she has been recording the celebrations in gorgeous images that make us look like we live in a magazine photo shoot, we’re only too happy to oblige.  The recipe is below—make sure to check out other pictures from the party at Jamie’s blog.

Cinco de Mayo may be a second rate holiday, but that doesn’t mean it can’t be turned into a first-rate celebration.  Thanks for indulging me, Chef.  Feliz Cinco de Mayo!

Preparation
Toss all ingredients together.  Chill for 20 minutes in refrigerator, then serve. 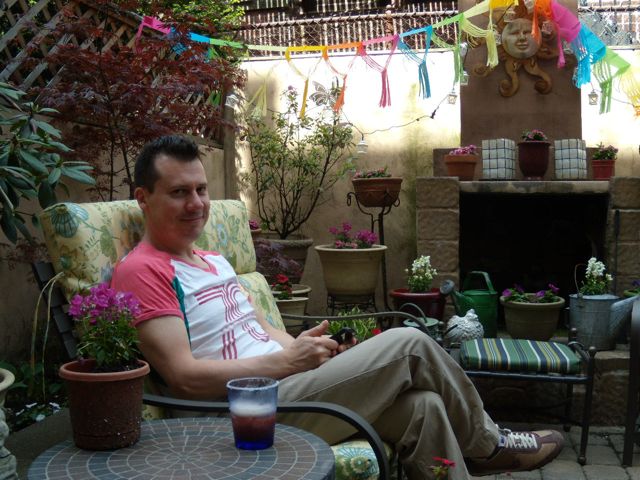 Chef relaxes prior to guest arrival